How procrastinating helps me win in business

“Hi, my name is Andreas, and I’m a procrastinator”.

Yes, just like with other far more serious ailments, it took me a little while (actually, in the mind of a procrastinator, a long time..) to realize that I’m not one of those guys who will ever be up at 5am to Instagram myself at the gym, followed by knocking out a to do list the length of the California tax code before lunch, and then make 500 dials before I do my evening yoga in front of a Tony Robbins video. Nah, that’s just not me – I can go days without going into the office (and my office is in my house!) and while I have to-do lists, they’re more there to make sure I don’t forget the most important deals I’m working on, rather than to provide step by step directions for how to get through my day. I am currently ranked right at the top for watching the most Youtube videos on the most diverse topics (you haven’t lived until you’ve watched a couple hours of Mongolian throat singing) and I’m always the first to know of trade rumours in the NHL. 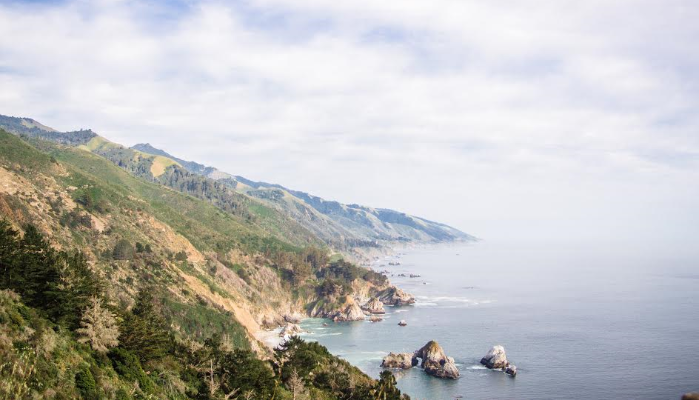 But I’m not writing this article to tell you – friends, clients and partners – how lazy I am. No, quite the opposite – I think by most definitions I’ve been pretty successful at winning in business. I started a real estate firm when I first got into business (at 21) and we’re now one of the most successful developers throughout Central America and Belize, as well as having pretty significant holdings here in the U.S. I founded a vodka company together with Dennis Rodman which, despite all the adversity he’s been though, has managed to become hugely popular internationally. A third firm which I run together with a partner manages huge amounts of money for European-based retirement syndicates and high net worth funds. Since I turned 25 (6 years ago), I’ve pretty much been working because I want to, not because I have to. I consider myself lucky to have some of the most famous people and successful athletes in the world as clients, friends and partners.

Anyway, my point is that being able to procrastinate and really take time to create my best work has actually been a huge help for me throughout my life. In high school, it forced me to drop out – but in the real world, where things aren’t all binary (0s and 1s), there is room for guys like us, who can do some pretty spectacular things, but we’re not always going to do it right away. I like to watch the show “The Apprentice”, and while I don’t view most candidates as particularly successful, I can guarantee you I’d be the first to get fired. The need to constantly “make a decision and stick to it” just doesn’t work for me, and if you’re just like me – don’t worry, there’s a lot of hope!

Did you know that Martin Luther King’s famous “I have a Dream” speech is largely credited to him procrastinating? He didn’t write his speech until the last minute, to allow him more time to change things on the fly. DaVinci spent 16 months working on the Mona Lisa, because he kept getting constantly diverted, yet many of those diversions were later cited as the reason the painting became so spectacular. Numerous articles and tests also further cement the thesis that people who are allowed a certain amount of procrastination tend to perform better creatively – you can actually test this yourself. Give your staff/friends/family a creative task, such as coming up with a name for a new type of ice cream, a new business idea, a sports team, anything really – then have half the group submit immediate answers, and let the other group (in isolation) play minesweeper for five minutes before being asked to submit answers. The outcome may surprise you. (That experiment was initially done by Professor Jihae Shin at the University of Wisconsin, so all credit to her).

When we launched Bad Ass (Rodman) Vodka, one of the first articles that was published after we made our initial PR was in USA Today, and my inbox flooded with texts and emails from friends and partners. Most read something like “Nice bro, overnight success”. I kept thinking, “yes sure, overnight success two years in the making” – we just needed time to let the ideas and concepts grow on us.

I remember as a child playing an advanced version of Tetris on my Nintendo together with my dad, and we had made it VERY far, to the point where it was almost impossible to get much further. We had spent a long weekend in my room trying to get past the current level, but with no success. A few days later, my dad calls me while in the car when he was on one of his business trips, and he goes “I’ve got the solution – I know how to do it now”. Back then I was just happy to get to the next level and eventually set a high-score, but many years later I was reminded of that moment and I got curious about it. What likely happened was that even though he was asleep or focused on something else (in his case, driving), subconsciously his mind was still working on the problem. If he had decided to cancel his trip that week to stay at home with me, nice as it would’ve been to have some father-son time and takeout pizza, we likely would have been tearing our hair out trying to get to the next stage with no success. This isn’t all that different from how Hypnotherapy works – while being almost asleep, we are able to subconsciously solve issues that we wouldn’t be able to do in a fully alert and focused state.
Did you try to learn French or Spanish in school? Yep, me too – still, yo no habla Espanol even after all these years, and chances are you’re not a whole lot better off. However, when we travel abroad and are fully immersed in the language we’re trying to learn, or even watching a Spanish movie with English subtitles, something pretty incredible happens that allows us to learn – all the while, we are not focused on it. This also explains how most European teenagers (or younger) that come over here speak English fluently, and many with a slight American accent and pronunciation. And, sorry Bernie and your supporters, this really isn’t down to free education – this is simply because almost all television over there is broadcast IN ENGLISH and with subtitles – again, subconscious learning. This also explains why Germans and French people who arrive in the U.S. often do not have an American accent, or sometimes never even develop one.

Some of you reading this probably don’t have a choice for how you structure your day – most bosses don’t appreciate their employees taking half days off to go golfing, running, or whatever else it might be. I used to feel bad, almost guilty back when all my friend were working and I just couldn’t push myself to go to my office, or when other entrepreneurs talked about how they “work 80 hours a week”, but now I celebrate this ability that I have, to create great work even without being tied down to my office desk all day.

So my fellow procrastinator, I salute you for reading this far (I’m guessing you did it as a distraction from something else…) and please keep doing what you’re doing – without people like us there might not be another “Mona Lisa”, another “I have a dream” speech, or another Gettysburg address by Abraham Lincoln – or some ground-breaking Tetris play for that matter either.

For those of you who don’t procrastinate – first of all you should try it, you might surprise yourself with some of the benefits. However, my most important message to you is please don’t mistake us for guys lacking motivation – there is (off course) a limit to how much someone can knock off work and still be effective, but you will be able to spot that trait very early. If someone has the credentials and the knowledge, please give us the opportunity to work the way we prefer, and we won’t disappoint.